The groundswell of horror against the alleged bid to communalise the gory gang rape and murder of eight-year-old Asifa + in Jammu and Kashmir’s Kathua grew across the country on Thursday as outrage reminiscent of the Nirbhaya protests erupted on social media.

On a day when junior foreign minister and former Army chief Gen V K Singh spoke forcefully for the hapless victim, J&K deputy CM Nirmal Singh said he had called for an explanation from two BJP colleagues — Lal Singh and Chandar Prakash Ganga — but said they had denied inciting communal passions. The duo have defended those charged, portraying them as victims of an alleged frame-up.

“We have failed Ashifa (sic) as humans. But she will not be denied justice,” Singh tweeted. CM Mehbooba Mufti said her government would enact a law to make rape of minors punishable by death. “We will never ever let another child suffer in this way,” she tweeted. The state government appointed two special public prosecutors, both Sikhs, for the trial. 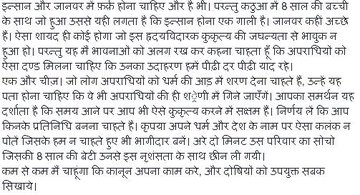 Rahul Gandhi leads midnight candlelight march over Unnao, Kathua rape cases
Congress president Rahul Gandhi, who had also been at the receiving end of criticism on social media for not speaking up on the issue, broke his silence on Thursday evening. He tweeted, “How can anyone protect the culprits of such evil? What happened to Asifa at #Kathua is a crime against humanity. It cannot go unpunished. What have we become if we allow politics to interfere with such unimaginable brutality perpetrated on an innocent child?”

✔@RahulGandhi
How can anyone protect the culprits of such evil?
What happened to Asifa at #Kathua is a crime against humanity. It cannot go unpunished. What have we become if we allow politics to interfere with such unimaginable brutality perpetrated on an innocent child?

The former Army chief V K Singh’s remarks failed to find support from his BJP colleagues who focused on their day-long plan to attack the opposition for allegedly paralysing Parliament and practising divisive politics.

Those who spoke on the issue, like chief of MP unit of BJP Nandkumar Singh Chauhan, came out strongly in favour of the accused who have already been proclaimed “innocent” by the Jammu Bar Association.

“We demand that strong punishment should be awarded to all the accused and justice delivered to the victim family”
Would really request the government to please have strict rules for such a crime..#JusticeforAsifa

Lal Singh and Prakash Chandar Ganga, both ministers in the Mehbooba government, while addressing a rally organised by the Hindu Ekta Manch in Kathua on March 4, allegedly protested against the arrest of a Hindu man accused in the case. They allegedly dismissed as “jungle raj” investigation by the crime branch of J&K police which had submitted a chargesheet detailing the role of each of the accused in the horrific gang rape and murder case.

CM Mehbooba Mufti, however, stood firm and declared that she would not allow protests to let police discharge their responsibility. “The law will not be obstructed by the irresponsible actions and statements of a group of people. Proper procedures are being followed, investigations are on the fast track and justice will be delivered. #JusticeForAsifa,” she tweeted in both English and Urdu. Many others tweeted with the hashtag #JusticeForAsifa trended nationally on Thursday evening.

✔@MehboobaMufti
I want to assure the entire nation that I stand committed not just to ensure justice for Ashifa but also seek exemplary punishment for those responsible for a crime whose brutal savagery has shamed humanity. 1/2

Mehbooba Mufti
✔@MehboobaMufti
We will never ever let another child suffer in this way. We will bring a new law that will make the death penalty mandatory for those who rape minors, so that little Ashifa’s case becomes the last. 2/2