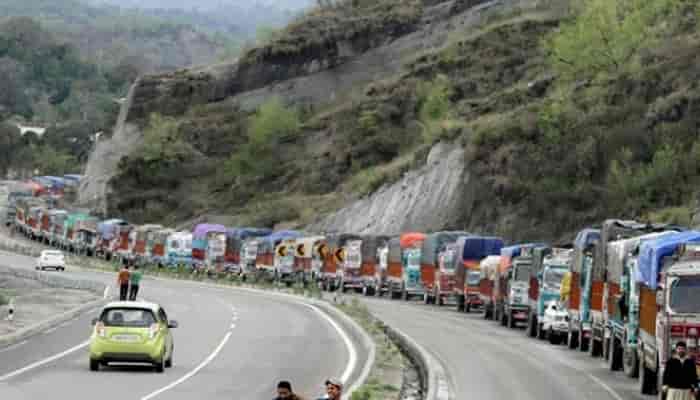 Bangladesh fruit traders have stated that they will soon cease operations in Kashmir due to the unnecessary halting of fruit-laden vehicles on the Srinagar-Jammu highway.

While speaking to the media, Bangladesh fruit purchasers expressed regret that for the past 15 days, they have suffered significant losses due to the unnecessary halt of fruit-laden trucks and that the government has done nothing to address their concerns.

“It not only hurts business for growers in Kashmir, but we are also incurring big losses; if the situation continues, we will quit trading here,” they stated.

Bangladesh has become one of the speciality markets for Kashmir apples throughout the years. Local traders are focusing on Bangladesh since the returns are higher.

“Bangladeshi dealers provide better prices for Kashmir apples. As soon as American and other types are harvested, they arrive in Kashmir. Hundreds of traders trade with Bangladeshis,” claimed Mushtaq Ahmad Bhat, an apple trader.

“We ship thousands of boxes of apples mostly American variety from Asia’s Fruit Mandi to Bangladesh fruit markets daily. As Kashmiri apples have no match in the world. In Bangladesh, we have a huge demand for Kashmir apples,” Rouf-ud-din one of the fruit buyers from Bangladesh said.

Mudasir Ahmad Bhat, a President of the Fruit Buyers and Forwarding Agents Association in Sopore, is highly concerned about the closure of the fruit trade in Kashmir by Bangladeshi traders. He claims that 20 per cent of the total apple crop from north Kashmir is exported to Bangladesh each year.

“While many traders remain to purchase apples, others import apples through local dealers.” Sopore Fruit Mandi, Asia’s second-largest fruit market, has evolved into a one-stop shop for Bangladeshi traders. It’s the only Fruit Mandi where you can get apples. “They have garnered a lot of respect from the locals and are quite professional in their field,” he said.

Every day, at least 30 trucks of apples depart Sopore fruit mandi for Bangladesh, according to Mudasir.

“We have repeatedly requested that the LG-led government resolve this issue once and for all so that producers and customers do not suffer more losses,” Mudasir added.

In an interview, IGP Traffic Vikramjit Singh revealed the strategy to ensure the smooth movement of fruit-laden trucks on the Srinagar-Jammu National Highway.

For the past few years, fruit growers have been decrying losses and alleging that they were incurring losses as their trucks were being halted on the national highway.

Singh said this year they had taken all stakeholders onboard to ensure smooth movement of fruit-laden trucks.

He said that they held multiple meetings with the fruit growers’ body, the Horticulture Department, and the J&K administration and formulated and fool-proof plan that would be implemented without any delay.

“Leaders from the fruit growers’ body, Director Horticulture, DC Ramban, Divisional Commissioner, and other stakeholders were consulted. We will ensure that all the stakeholders will be on the same page,” Singh said.

He said that the Horticulture Department would issue special stickers that would be pasted on trucks so that the trucks would be identified and let go as a priority.

“These stickers will be authorised by the Department of Horticulture and will have pictures of fruit type, or type of other perishable items. It will help in the identification of fruit trucks,” Singh said.

He said that they had also increased the timings of traffic movement on both the Mughal Road and Srinagar-Jammu National Highway so that maximum traffic would go through.

“We have formulated a full plan but we need cooperation from the fruit growers and other stakeholders to implement it fully. Due to the construction on the national highway, the traffic capacity has decreased but we have increased the time slots. Traffic volume on the Mughal Road has also increased so that the national highway faces less pressure. We have increased the capacity of Mughal Road traffic from 100 vehicles per day to 1000 vehicles per day,” Singh said.

He said that they had formulated a special timetable for fruit-laden trucks, which would be regularly conveyed through WhatsApp groups and other social media platforms.

“We have added stakeholders in social media and messaging platforms so that information will be shared properly. As the season of the apple harvest and other perishable agricultural produce has arrived, we are braced up for it,” Singh said.

“We have informed the fruit growers that their volunteers can be on the ground as well. Officers from the Horticulture Department will be part of the team. In addition to that, we have worked on clearing the bottlenecks at various spots like Ramban. In this regard, we took DC Ramban onboard and asked him to clear the encroachment in the markets of Ramban so that traffic jams will be dealt with. We have also talked to the Army so that checking will be conducted in a way that does affect the traffic movement. All stakeholders and departments are working in a coordinated manner and we are on the same page so that no problem arises on the national highway,” Singh said.

He asked the fruit growers to cooperate and asked them to follow the timetable so that the issue would not be faced by anyone.

The IGP Traffic said that usually, the truck drivers expect that they would be allowed outside already-designated timings.

“This won’t happen. We will give dedicated time slots for the movement of fruit-laden trucks. At times, the drivers expect that they will be allowed to go beyond these timings which cannot happen because it will affect the whole mechanism. We hope that truckers will move on the national highway on the timings that will be shared with them,” Singh said.

He said that with the cooperation of all stakeholders and abiding by all the strategies, they would ensure that fruit growers would not face losses and also traffic movement of fruit-laden trucks and other transport would be smooth. 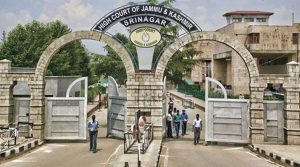 Previous post Fee for Private Schools has to be fixed in parity with infrastructure: High Court

This year, Kashmir has recorded its ‘best ever’ tourist season in decades and it is likely that the footfall could...

The autumn's blazing shade on the Kashmir Valley has attracted young couples from across the country to capture a pre-wedding...

The Federation Chamber of Industries Kashmir (FCIK) has urged the government that Kashmir be included in Zone B of the...

After the extension of tax holiday and other rebates to industries under the New Central Sector Scheme for Industrial Development...

Flooded with Kashmiri apples, the only fruit mandi in Jammu has been witnessing a dearth of buyers, giving wholesalers nightmares. The...

Amid a sea of saffron bloom, Irshad Ahmad Dar and his family are upbeat as they pick purple flowers one...