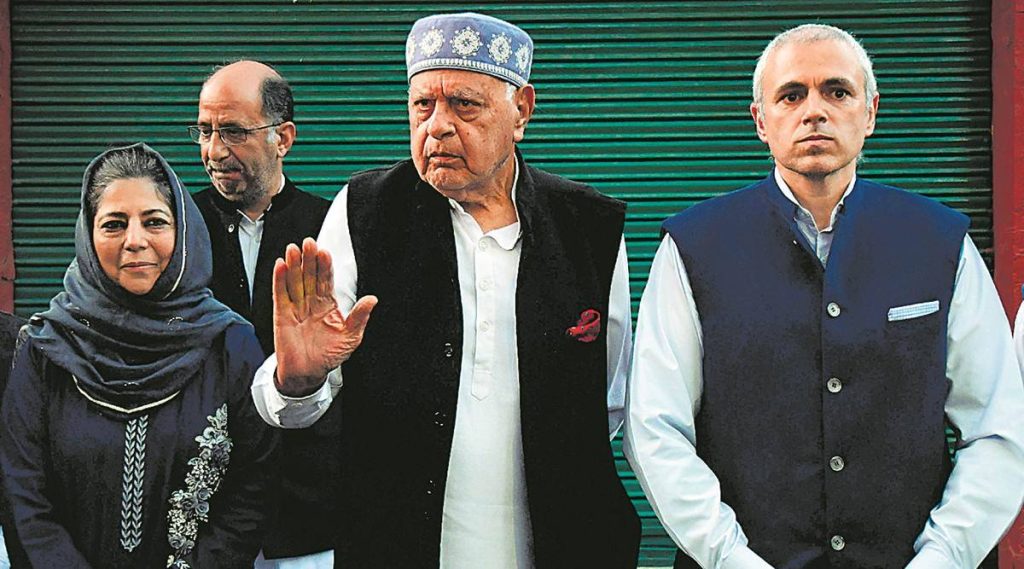 GoI wants to change demography of Kashmir to please Hindutva elements, like Israel is doing in Palestine - PAGD

The Peoples’ Alliance for Gupkar Declaration (PAGD) on Friday said that the Government of India is a Hindutva-corporate alliance and wants a demographic change in Muslim-majority Kashmir while exploiting resources of the region and that claims of “development” in Jammu and Kashmir post abrogation of Article 370 as “red herring.”

PAGD spokesperson M Y Tarigami said that it has been a “long-standing demand of the Hindutva elements, with an eye no doubt on altering the demographic composition of the only Muslim-majority state in the country, rather like Israel is doing on Palestinian lands,” he said.

“In fact, this government being the product of a Hindutva-corporate alliance, almost everything it does also caters to a pro-corporate agenda, apart from promoting Hindutva,” he added.

“Opening up the Kashmir Valley to its corporate patrons, not so much for expanding the volume of productive economic activities but for land acquisition for real estate development or for sheer speculation on land price, is also an added incentive. Such real estate development adds little to the level of employment; but it subtracts employment if the land was being used for some productive activities before,” PAGD spokesperson M Y Tarigami said.

“The claims of the BJP government that the abrogation of Article 370 and downgrading of a state with special status into two union territories has paved the way for new industries, created new employment opportunities, decreased terror incidents, brought an atmosphere of peace and security, nurtured democracy, eradicated corruption, brought new Central laws for the betterment of people in this region are nothing but a concocted and fabricated stories while the ground situation belies these claims,” PAGD spokesperson M Y Tarigami said.

He said the claims in a recently released report by the Union Home ministry titled “The dream of one nation, one law, one symbol fulfilled: After effective removal of the provisions of Article 370, the picture has changed: a new start in Jammu & Kashmir and Ladakh” are far from the reality.

“The reality is that there is a systematic disempowerment of the people of Jammu and Kashmir that is continuing to happen, through a bureaucratic rule.”

He said the projects mentioned in the booklet are mostly approved by the earlier governments but shown to have been the outcome of abrogation of Art 370.

“Reality is that Nashri Tunnel, Zojilla Tunnel, the establishment of 50-degree colleges and various medical colleges are projects approved much before the abrogation of Art 370.”

On 7 November 2015, he said, Prime Minister Narendra Modi in Srinagar announced a reconstruction program during the PDP-BJP coalition government of about Rs 80,000 crore known as the Prime Minister’s Development Package, to strengthen the social-economic infrastructure and for the development of Jammu & Kashmir.

“It is claimed that after the re-organization of the erstwhile state, 53 projects of Rs 58,477 crores in J&K and nine projects of Rs 21,441 crore in Ladakh are under progress which is part of the PM’s 2015 package. How can you attribute this progress to abrogation of Art 370?”

Similarly, he said, the BJP government is boasting of implementation of various laws, like Land Reforms and RTI Act which is claimed to have been effective now.

“This is a blatant lie as the State of Jammu and Kashmir was a pioneer in implementing the revolutionary land reforms laws which no other state has done except Kerala to some extent. Similarly, the erstwhile state’s own RTI Act was stronger than the Union law. Its repeal when Article 370 was read down has led to chaos and complications. Without knowing the facts of the matter, BJP leaders had maintained that the people of J&K had no access to information under the Right to Information Act until Article 370 was read down.”

On the employment front, he said, “we lag far behind and have assumed the highest unemployment proportion as compared to the pre-August 2019 period. The filling up of vacancies is a routine exercise which was being done earlier also and now attributing it to the post abrogation era is beyond our comprehension. Whichever way we look at it, the removal of special status and of restrictions on land purchase by outsiders will not add an iota of employment; on the contrary, it will most likely cause a reduction in employment in the region, even as land passes into the hands of rich outsiders from Delhi or Mumbai. The unemployment rate is highest in India in the last 45-years and in J&K it is worse than that.”

Prior to abrogation of Article 370, he said, not only had Jammu and Kashmir kept pace with the other States in improvement in human development indices (HDI), some of the indicators pertaining to literacy rates, marriage and fertility, child sex ratios, and school attendance rates for girls over six years of age were relatively better than those for Uttar Pradesh, Bihar, and Jharkhand.

“The projects pertaining to strengthening of power infrastructure and flood mitigation were in execution pre-abrogation era as routine developmental activities. Similarly in the industrial sector also the present policy is nothing but a replica of old industrial policy. The credit for conception, approval, execution, and completion of Srinagar’s long-awaited Ram Bagh flyover, IIT campus, and AIIMS, Jammu goes to the earlier governments.”

He said that it is really baffling and misleading to claim high moral ground in implementing the PM Kisan Scheme and PMAY.

“Jammu and Kashmir is getting benefitted the same way as other states and UTs. claiming to implementation of Jammu & Kashmir under Ayushman Bharat Pradhan Mantri Jan Arogya Scheme in which 4.4 lakh beneficiaries have been verified in this scheme, 1.77 lakh treatments have been authorised in the hospitals of J&K, for which, an amount of Rs 146 crores has been authorised.”

One of the much-touted success stories of the NDA government has been its achievement in getting bank accounts opened for women under programs to expand their financial inclusion and gender equality, he said.

“However, even before the NDA assumed power, government data reveal that significant progress was made in Jammu and Kashmir in the past decade. States were ranked on the basis of the extent of financial inclusion for women and household autonomy.”

“In Jammu and Kashmir, the percentage of women with bank accounts increased from 22 percent to 60 percent, which, if anything, compares well with the all-India average and appears to be better than the increases in Bihar, Haryana, Andhra Pradesh, Telangana, Odisha, Uttarakhand, Rajasthan, Madhya Pradesh, and even Karnataka.”

In fact, he said, the figure for Jammu and Kashmir was ahead in social indicators as that of Gujarat in 2015-2016, whose model of development has been held as a beacon by the BJP, worthy of emulation by other States.

The presence of Article 370 was not an impediment in the overall development of the State as claimed by the government, he said.

“All government data and surveys indicate a marked improvement in almost all human development indices in the State.”

Tags: GoI wants to change demography of Kashmir to please Hindutva elements like Israel is doing in Palestine: PAGD 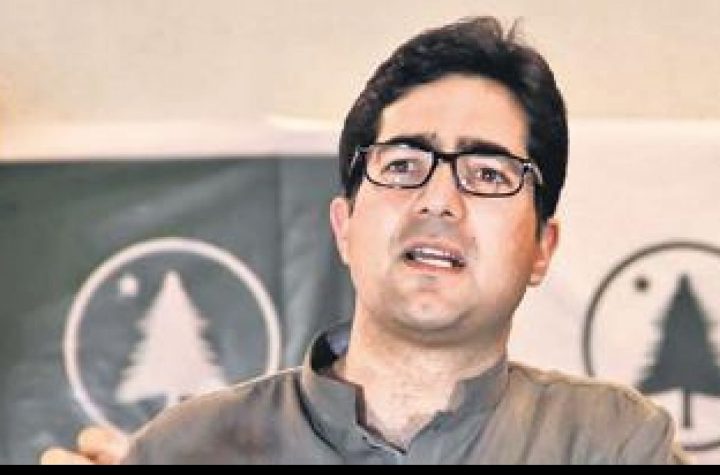 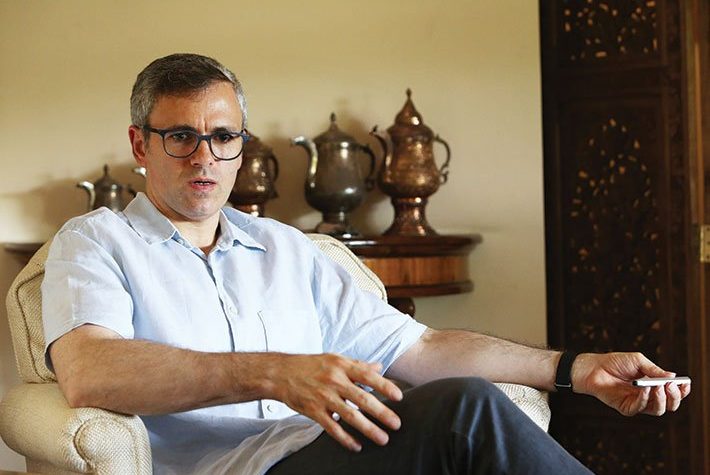 Heightened security in Kashmir no reason to open fire at civilians: Omar Abdullah 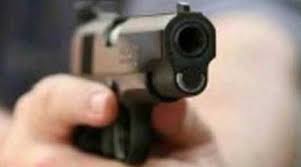 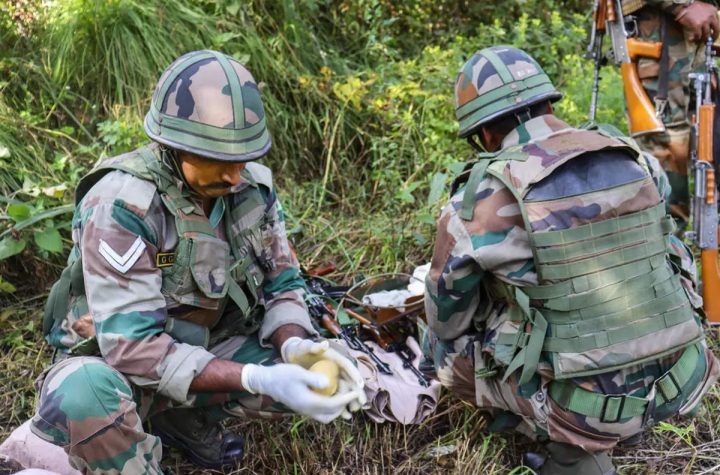 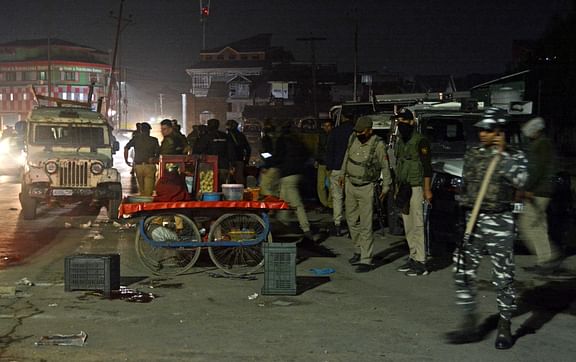