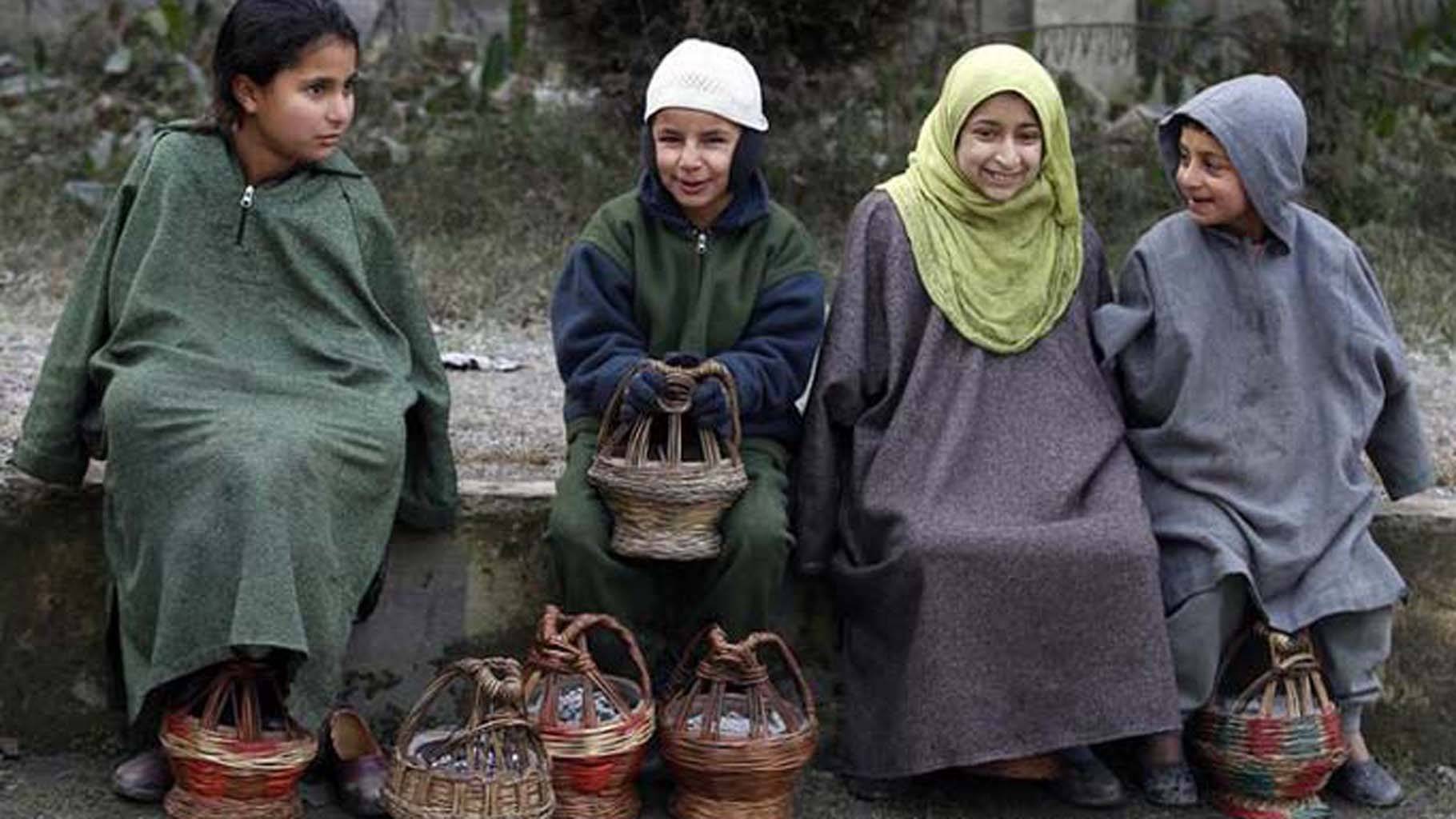 Kangri is proving to be the most effective for combating cold. Kashmiri people have been using Kangri for centuries, Kangri literally means earthen hearth or fireplace

Climate change is a natural process and the whole world is aware of this process. Seasons change all over the world. Each season has its own importance and usefulness. The importance of spring, summer, autumn, winter, any season can not be denied. Although winter brings the gift of winter everywhere, winter has a special significance and uniqueness in Kashmir. Kashmir gets snowy in this season but also gets heavy snow and blood clotting cold. Kashmir’s taps, streams, canals, etc. freeze in the Chala Kalan starting December 21. During this time people prefer to stay indoors. The people of Kashmir are confined for about four months of the year due to snowfall and during this time Kashmiris live on the dry vegetables that they have collected or dried in the spring season. That is, the Kashmiri people have to make full preparations for winters in the spring season itself. The most troubling of these four months in winter. A large number of Kashmiri men migrate to different states of the country where they work as laborers and escape the cold. However, in the winter season, the electric eye is a bit too high, due to which the modern electrical appliances fade away.

Kangri is proving to be the most effective for combating cold. Kashmiri people have been using Kangri for centuries. Kangri literally means earthen hearth or fireplace. The kangri is actually a beautiful basket made of flexible willow twigs with a handle and a thick clay coil inside it. Burning coal is poured into it which keeps a person warm for seven to eight hours and almost every Kashmiri carries something called Kangri with him. This keeps the man warm. In the evening, before going to bed, the bed is warmed with kangri, while during the day, Kangri is raised inside the feran. Kangri has become part of the Kashmiri tradition. Without it, spending winter in Kashmir is unthinkable. Kangri makers (chhaj makers) make their living from this business. In order to attract the attention of the customers, Chhajjas make beautiful and charming Kangris and sell them from place to place. The kangri of Charari Sharif is very popular in Kashmir which is bought by the people here with great enthusiasm. The clay used in Kangri Potters also makes good money from pottery. Kangri can cost from two hundred to eight hundred. It all depends on the texture and texture of the kangri. Kangri has become a part of Kashmiri culture and literature. Useful which increases the temperature. Kangri can sometimes be dangerous. If it ever falls from the hand, even the most precious cloth becomes ashes in an instant, but it is also the turn of burning hands and feet. God willing, whenever there is a quarrel, even then this weapon is used in a certain way. Even if it is not his turn, but he is threatened to run a Kangri, then it can be said that the use of Kangri is a matter of great caution and children should refrain from using Kangri.

Kangri is raised inside the Feran or Pheran. A fur fleece is a long skirt made of wool that extends from the knee to the bottom and is worn over the rest of the garment with a pocket on the right side. Pheran is the traditional dress of Kashmir. Fern and Kangri have a bodice together. Kashmiris have been using ferns for centuries. In the present era, Ferans are sewn in different ways and tailors show their skill in making ferns so that people can buy ferns from them. Fern has been banned several times by the government. Fern was sometimes described as a security risk and was sometimes banned on the grounds that it made employees lazy and unable to do their job properly, although departments where a dress code has not yet been set. Yes, they use ferns in winter. The use of this dress continues unabated. Even senior officers wear ferns, and sometimes the guests who come on television wear ferns. Sometimes politicians come to public meetings wearing ferns and try to win the hearts of the people and enhance the prestige of this traditional dress. Kashmir men and women use ferns. Kashmiri women enhance their beauty by doing fern work on ferns. Even a weight of ten to twenty thousand is placed on Fern. This work is also done by hand and also by machine. However, the handmade tila is very beautiful and also expensive. Sometimes it is presented as a gift to people outside the state or even outside the country. It is commonly said that the Persian word fern or Pahran is a distorted form of Pirahan which means clothing.

It is very difficult to spend the wintertime in Kashmir without Kangri and Pharan. One of the positive aspects of winter in Kashmir is that during this time tourists from all over the world flock to Kashmir to enjoy the beauty of Kashmir. There is a lot of activity in various healthy places of Kashmir, especially in Gulmarg. In the mountains and plains of Kashmir, there is a white sheet. During this time, Kashmiri people wear warm clothes to protect themselves from the cold. In winter, the whole valley is covered with snow. 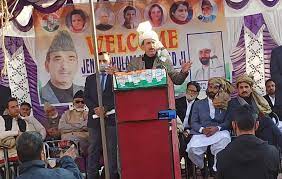 Previous post With Or Without Congress; Ghulam Nabi Azad emerges as key player in J&K

By Majeed Ahmad Killing of Rahul Bhat, a government employee at Chadoora Tehsil Office in Budgam in Jammu and Kashmir...

By: Arun Joshi Unending power woes in Jammu and Kashmir is not the same story which is told and retold...

By: Suhasini Raj After being held in jail for close to four years awaiting trial on charges of aiding militants,...

By: Chandrima S. Bhattacharya The best way to identify a “terrorist” in a Bollywood film is by his kohl-lined eyes....

Kashmir remained a veritable paradise for Bollywood for a long time. For an average filmy Joe, Hindi cinema was incomplete...

From 'Uri' to 'The Kashmir Files', India is living in an era of 'approved' art. Harshita Mishra “Art is something...