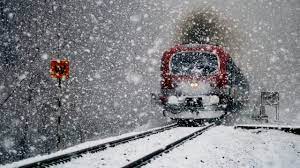 “These back-to-back western disturbances could cause light and moderate scattered to fairly widespread precipitation.”

Earlier this month back-to-back western disturbances resulted in heavy to moderate snowfall across Kashmir and rainfall in the Jammu region. The fresh western disturbances could also result in snowfall in the upper pockets of Kashmir. All the weather stations in Kashmir recorded sub-zero temperatures during the night with the mercury plunging to a lowest of -11.6°C on Wednesday.

The J&K and Ladakh center of the Indian meteorological department said all the seven weather observation stations in the Kashmir valley recorded sub-zero temperatures during the night. The lowest temperature of -10.5°C was recorded in Gulmarg while another tourist resort of Pahalgam in south Kashmir shivered at -10.3°C. The mercury settled at -3.4°C in the summer capital Srinagar during the night while it was -7.8°C in south Kashmir’s Qazigund, the gateway into Kashmir from Jammu.

Leh recorded minus 13.9°C. Kashmir is under the grip of Chilai Kalan, the valley’s harshest over 40-day winter period which started on December 21. J&K witnessed widespread rains and snowfall between January 4 and 8 leading to the closure of the Srinagar-Jammu highway and the cancellation of hundreds of flights at the Srinagar International Airport. 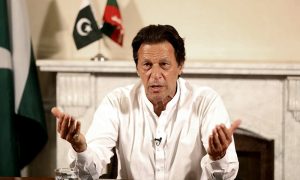 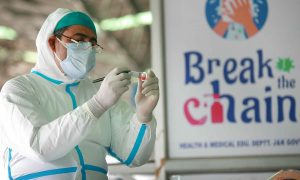 Cases included 1129 from Jammu and 2122 from the Kashmir division with the maximum number of 685 coming from the...

In response to a surge in Covid-19 cases in the union territory, the Jammu and Kashmir government has ordered complete...

The Jammu-Srinagar National Highway has closed again due to fresh landslides in Ramban district on Tuesday, triggering massive traffic jams...

Srinagar-Jammu National Highway was restored for stranded vehicles after the road maintenance agency cleared the landslide and prepared a single-lane...