Kashmir has still not fully recovered from the terrible floods that engulfed the region last month, but it is only just becoming clear how the rising waters devastated some of its most historic sites. Journalist Shujaat Bukhari in Srinagar outlines the damage done to the last monuments of Kashmir’s rich and bruised history.

Graves of royalty washed away
It is known as the graveyard of the royals. The site of the tomb of the great 15th Century king Sultan Ghiyas-ud-Din Zain-ul-Abidin (popularly known as Budshah) is also where the wealthy and influential of that era were buried. The tomb itself is an excellent representation of a typical Shahmiri style of architectural brilliance not seen elsewhere in India. But it is situated on the bank of the river Jhelum. 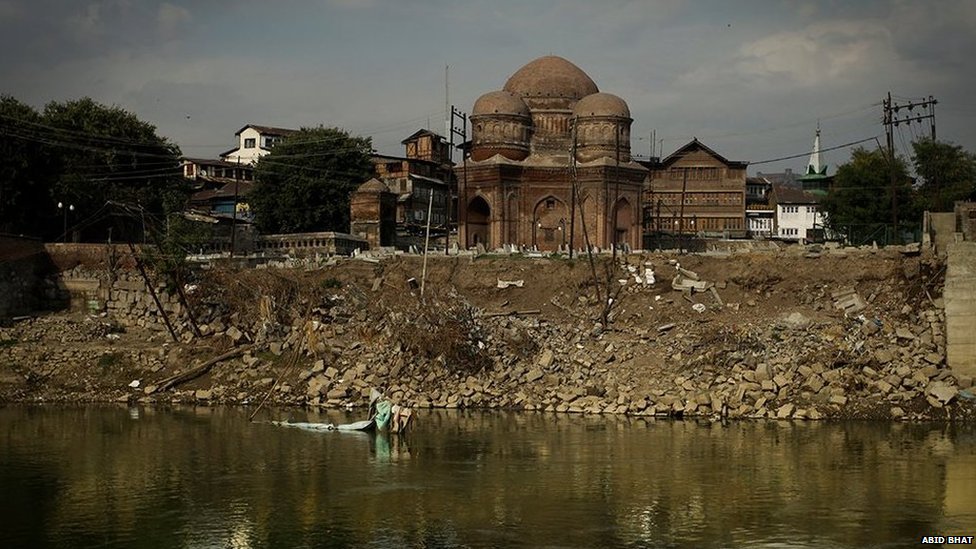 When the waters rose, the tomb was spared but many of the graves were washed away, most notably the grave of Mirza Haider Duglat. He was the cousin of Mughal Emperor Babar and an eminent historian who wrote Tarikh-i-Rashidi, which chronicled the history of the Mughal era with a critical eye. Duglat ruled Kashmir for 10 years.

The Christian graves that vanished
Kashmir’s colonial heritage was also hit when a Christian cemetery on the banks of the Jhelum was affected by the floods. Most of the British Army officers associated with the residency in Srinagar and medical and educational missionaries are buried here, but many of these graves have washed away. 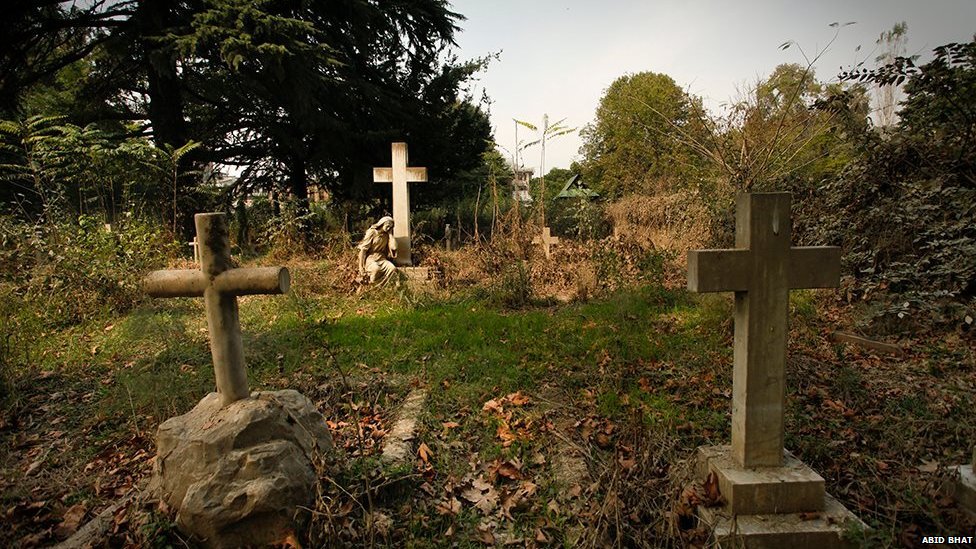 A grave particularly dear to Kashmiris was that of Robert Thorpe, a young British army officer who arrived in Kashmir in 1865 and fought for Kashmir’s right to self-determination. He was killed in 1868 by the forces of Maharaja Gulab Singh, a feudal ruler of Kashmir, for highlighting the miseries of the Kashmiri people in international media.

The colonial heritage that cannot be rebuilt
One of the most fascinating sides of Kashmir’s heritage has been its colonial architecture, a blend of British and Kashmir influences that evolved through British and Dogra rule. 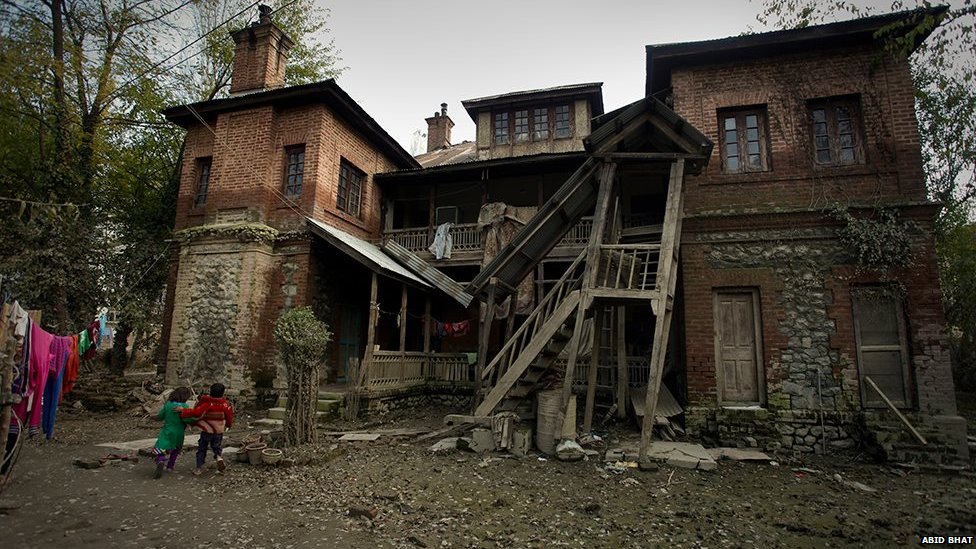 Many of the houses located in areas like Shivpora and Indira Nagar, that were badly hit by floods, have collapsed or were partially damaged. Some of the house like that of Khoslas and Rattans were important symbols of the taste of the wealthy in the city. One of the house owners lamented the damage: “It is a great loss and we had tried to protect this so far.”

The last customs post no longer
The building known as Guzar (Customs) on the bank of Jhelum defined the river front. This late 19th Century iconic building collapsed during the flood, removing the last symbol of the strict customs regime exercised in Kashmir under Dogra rule. 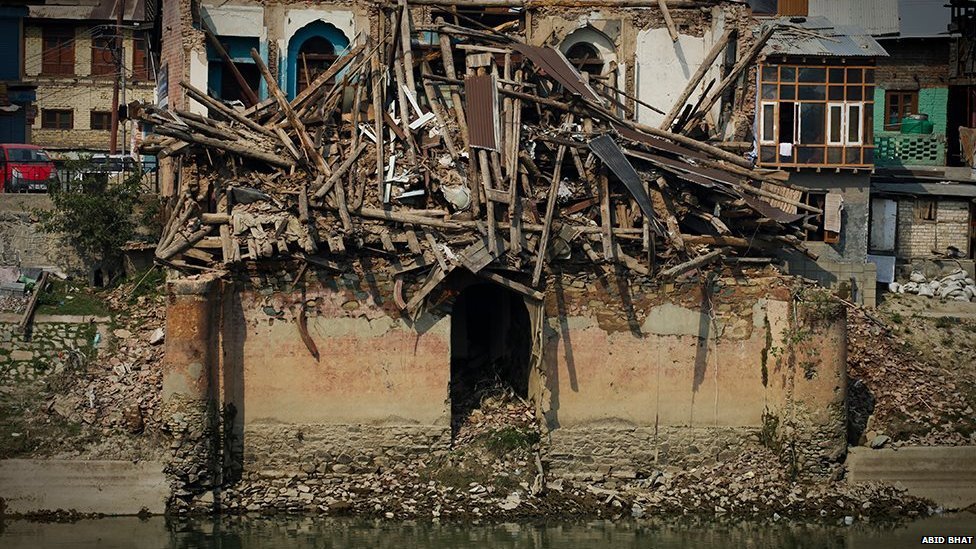 The building was the customs post for merchandise that would come on the river from India. It would flow against the tide from Muzaffarabad and reach Srinagar – the only trade highway of that time. With this building falling to floods, the story of ancient river trade route also comes to an end.

The damaged treasures of Kashmir’s museum
Among the rare items in the Sri Partap Singh Museum houses are Kashmiri shawls, papier-mache goods and Gilgit manuscripts detailing Buddhist philosophy, religion and astronomy and even material dating back to the 7th Century. The museum building continues to stand but the water has caused a lot of damage inside. 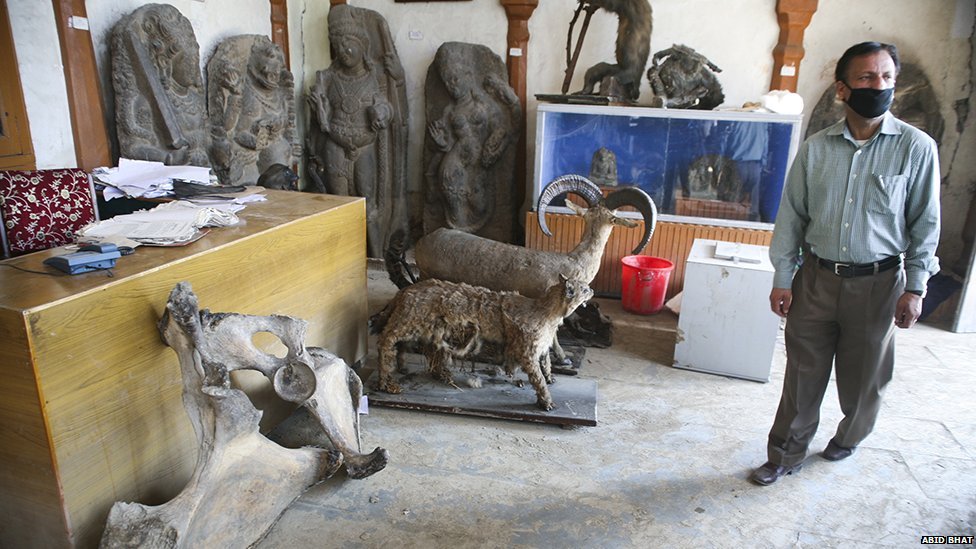 The building was converted into a museum in 1898 by Mahraja Partap Singh, the Dogra ruler, and houses royal collection. Archives director Mohammad Shafi Zahid says only 10% of the material has been damaged and a team from India’s National Museum was helping them with restoration.

Water seeping into a saint’s shrine
One of the oldest and most beautiful pieces of wooden architecture in the city is the resting place of Mir Sayyid Ali Hamdani, popularly known as Shah-e-Hamdan (king of Hamdan). He is revered as a saint and was instrumental in the mass conversion of Hindus to Islam when he travelled to Kashmir from Central Asia in the 14th Century. 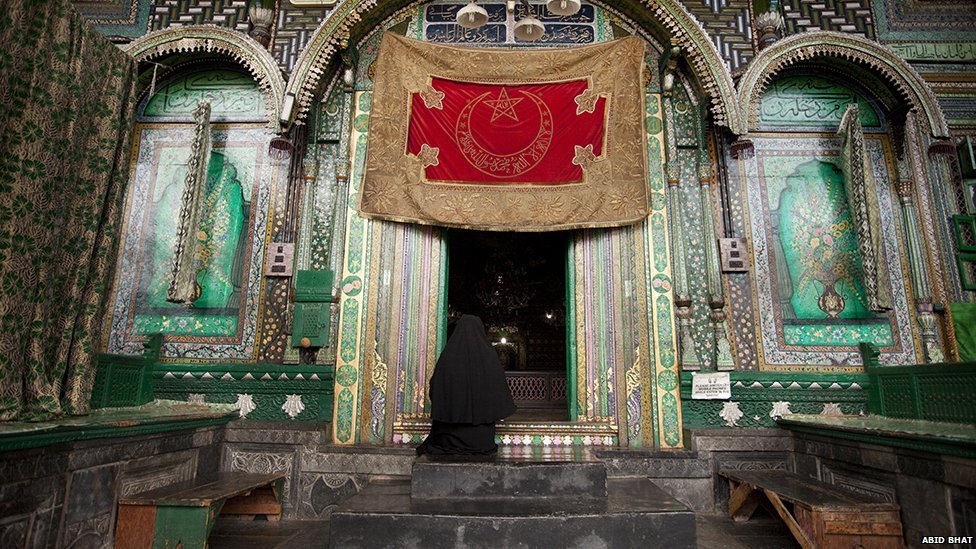 The gushing waters of the Jhelum damaged the woodwork on the ground floor, which has had a seeped into the shrine, a matter of some concern. Built by Pathan Governor Abdul Barkat Khan in early 1780 AD, the shrine is on Unesco’s world heritage list.

Experts say that about 150 buildings were affected by the floods. Heritage expert Salim Beg says: “We have lost a lot. We may have secured most of it. But whatever we lost is a big loss.”

InWhat the floods did to Kashmir's grand heritage

As Congress leader Rahul Gandhi donned a winter jacket in the wake of inclement weather on the second day of...

Farooq, Mahebooba, Lal Singh to participate; Over 3000 km foot-march to culminate with grand rally in Srinagar on January 30...

Kashmir valley received snowfall on Friday leading to the closure of the Srinagar-Jammu national highway and impacting the flight operations...