Kaloosa village in north Kashmir’s Bandipora district has a legacy of making famous firepots, ‘Kangir’ but the artisans decry indifferent attitude of the authorities in helping the craft of Kangir making alive as the cost of raw material swells.

The families involved in making Kangir are now calling upon the government to come to their rescue. Furthermore, as the trade is not streamlined, many artisans remain neck deep in credit for purchasing raw material and repaying it by selling the product at low prices to the dealers, who sell them in markets at high prices while the artisan earns very little.

Bashir Ahmad Ganie, a 50-year-old master Kangir artisan from the village narrates his plight saying, “I have been associated with the craft for over 35 years of my life and this is the only skill I and our families have. My four children are also associated with the Kangir weaving.”

The community has higher school dropout rate, as students do not pursue higher education. “The reason is that we can’t afford it,” Ganie says. “For all these years I haven’t been able to construct even a house as we rely solely on this skill to earn a living,” he says. “We are suffering due to this low-paying job as raw material costs have risen since 2019.” Ganie is worried that his merchandise is still unsold even though the ‘season’ is coming to an end. “Now we have to halve the prices and sell the Kangir to the dealers. On the other hand, the cost of raw material is rising,” he says.

According to the artisans, 10 kg wicker (the flexible twigs used to weave Kangir) costs over Rs 1000 and the earthenware Rs 25 for each Kangir. “We are neck deep in credit,” Ganie says. Around 500 to 600 households in Kaloosa village rely on this business.

All of the adult members including women sit together in a huddle in a room of their house and weave the Kangir by hand. There are no separate units or small-scale industries to help the Kangir trade flourish. It is typically a family-inherited skill that is passed down through generations.

A skilled artisan can weave two to three Kangir. The artisans earn around Rs 200 to Rs 250 per fire pot, which, according to the artisans, is equal to the material and labour used to weave them. As technology and plastic utensils are making way into Kashmir’s modern lifestyle, and the trade of wicker baskets has suffered.

Shameem Ahmad Ganie, a young man from the generation associated with the Kangir weaving business, says, “The heydays are over. This job has suffered due to increased material costs. The trade doesn’t bring in a lot of money.” Ahmad cites restrictions imposed by the Forest Department and taxes levied for buying costs outside of the jurisdiction under Form 25. “This should not apply to us. It is important that the government pay heed to this. The twigs we could buy for Rs 500 earlier cost us Rs 1000 from the dealers outside the district or forest range. We don’t want to run in trouble with the authorities and we are compelled to pay extra,” he says. “We should also be treated like skilled artisans and helped so that we can earn livelihood from our skill of Kangir weaving.”

Shameem gave example of how craftsmen and artisans associated with various businesses are helped through various government schemes and benefits. However, he says that this was not the case with them. “We aren’t demanding jobs or anything else from the government. Aren’t we artisans? Do they regard us differently?” Shameen says. 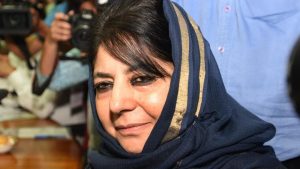 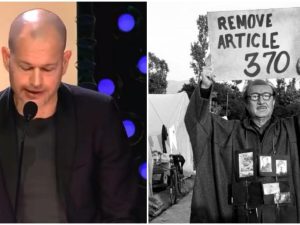 Kashmir for now is going through ‘demolition’ times amidst bone-chilling cold. The administration has announced a drive against ‘land encroachers’...

Government has prepared a list of big encroachers who will be targeted during the anti-encroachment drive launched across the Union...

Ministry of Railways informed via a social media post that the USBRL (Udhampur-Srinagar-Baramulla Rail Link) has completed 90 per cent...

Jammu and Kashmir Pradesh Congress Committee Spokesperson Advocate Pushkar Nath today in a press conference at the party headquarters in...

Despite being happily married and having a good job, 35-year-old Rahim (name changed) felt like something was missing in his...