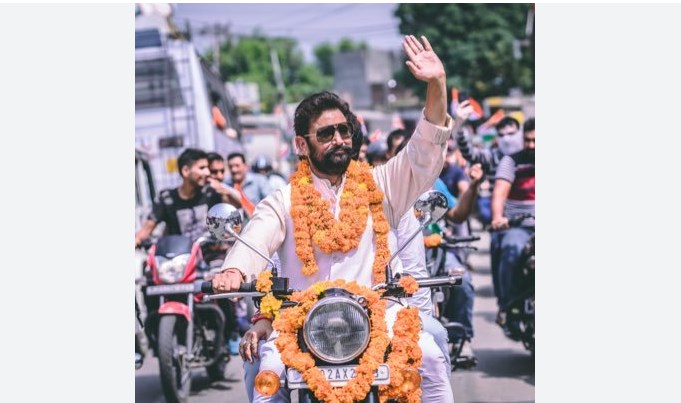 The Jammu and Kashmir high court on Tuesday asked the former minister and founder of Dogra Swabhiman Sangathan Party (DSSP), Choudhary Lal Singh to vacate the government bungalow within six weeks. “Acting upon a writ petition filed by Choudhary Lal Singh, the high court passed these directions on Tuesday. Singh had filed the petition before the high court seeking relief on various grounds and an interim order from the court on the estates department’s eviction notice,” said a senior advocate.

He informed that the high court refused to grant any relief and asked the petitioner to vacate the government bungalow at posh Gandhi Nagar within six weeks. On October 28, the J&K Estates department, through its deputy director, had served an eviction notice upon Choudhary Lal Singh, asking him to vacate his official residence in Gandhi Nagar locality by November 15.

The former minister also ran his party office from the government bungalow. He had been twice served eviction notices but he has not complied with them so far. Choudhary Lal Singh, had then, said, “I have paid all my rentals till October 30. How could it be called an unauthorized occupation when I have cleared all my dues, and there are proper receipts given to me.” “I have been living there for the past 22 years. I have ‘Z category’ security like union minister Dr Jitendra Singh, and there have been attacks on my life. These facilities were provided to me by the home ministry, but they are now not comfortable with me after I formed my party (DSSP),” said Singh.

Lal Singh was given the government bungalow when he was a minister in the PDP-BJP coalition government. Jammu and Kashmir has been without an elected government since June 19, 2018, when the PDP-BJP government witnessed an unceremonious fall after the latter pulled out of the coalition, citing a worsening security scenario in the region.

It may be stated here that several former BJP ministers and ex-legislators continue to occupy government bungalows in the twin capital cities of Jammu and Srinagar. Around two years ago, in December 2020, the Jammu and Kashmir high court had taken a strong exception to the unauthorized occupation of government bungalows by former ministers and ex-legislators in J&K.

The J&K estates department had then submitted a status report to the high court and named 89 former ministers and ex-legislators, mostly from BJP, who were still occupying the government bungalows despite demitting office. 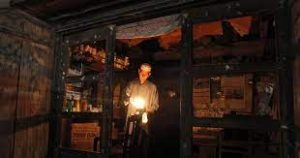 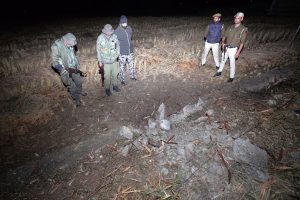 Dengue cases are on the rise in Jammu and Kashmir. The mosquito-borne viral disease has claimed 11 lives and left nearly...

As many as 18 detonators were found from the taxi stand of the Jammu railway station on Thursday, police said....

Jammu City and its outskirts are witnessing a dangerous trend of over-speeding, stunt-biking, drifting, zigzag, and drag races despite a...

Rajinder Sharma and Baldev Singh Billoria of the BJP were elected mayor and deputy mayor of the Jammu Municipal Corporation...

Shiromani Akali Dal (A) President Simranjit Singh Mann is on protest for the past 24 hours at Lakhanpur -- the...