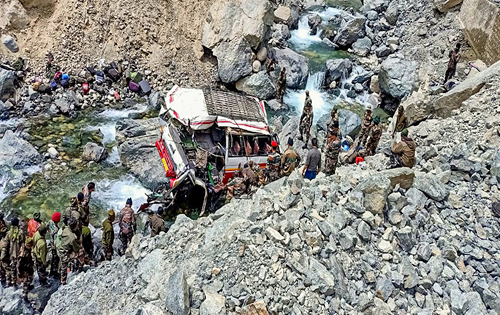 Seven soldiers were killed and 19 others sustained injuries on Friday after the vehicle carrying them skidded off the road and tumbled into the Shyok river, in Ladakh’s Turtuk sector, army officials said.

The accident took place at 9am around 25km from Thoise. The 26 soldiers were moving in a privately hired vehicle from the transit camp at Partapur, where an Indian Army brigade is headquartered, to a forward location in an area the army calls Sub Sector Hanif.

“The vehicle skidded off the road and fell in Shyok river to a depth of around 50-60 feet, resulting in injuries to all occupants,” said one of the officials cited above.

The soldiers were initially evacuated to 403 Field Hospital at Partapur and later flown to Chandigarh for treatment at the Western Command Hospital, one of the army’s finest medical facilities in the country.

“Seven individuals have been declared dead, so far. There are grievous injuries to others as well. Dedicated efforts are underway to ensure that the best medical care is provided to the injured,” said the second official.

Station house officer at Nubra, Inspector Stanzin Dorje, said: “Prima facie, it appeared to be a case of driver’s negligence.”

Another police officer said, “The driver, Ahmed Shah of Changmar, lost control of the bus and it rolled down into a deep gorge, around 80 to 90 feet deep. Rescue operations were launched by Leh police, Army and locals.”

An FIR has been registered in connection with the case against Shah under sections 279 (rash or negligent driving), 337 (causing hurt by an act which endangers human life), 304-A (causing death by negligence) of the Indian Penal Code has been registered at Nubra police station.

The incident is a reminder of how soldiers put their lives on the line daily to carry out their duties in remote areas, said an army official.

Former director general of military operations Lt Gen Vinod Bhatia (Retd) said the terrain in the area where the accident took place is treacherous and skidding of vehicles is not uncommon. “It is unfortunate that the vehicle fell into the river and there were casualties.”

Prime Minister Narendra Modi offered his condolences to the families of the seven killed in the road accident and said that all possible assistance is being given to those affected.

“Anguished by the bus accident in Ladakh in which we have lost our brave army personnel,” PM Modi said in a tweet.

Expressing grief, President Ram Nath Kovind tweeted: “Saddened to know that an unfortunate road accident in Ladakh has claimed the lives of some of our brave soldiers. My heartfelt condolences to the families of the deceased. I pray for the speedy recovery of the injured.”

“The accident that took place when an Indian Army bus fell into a river in Ladakh is very sad. I express my condolences to the families of our brave soldiers who have lost their lives in this accident. The injured have been taken for speedy treatment, I pray to God for their speedy recovery,” Shah said in a tweet.

The defence minister spoke to Chief of Army, General Manoj Pande, and discussed the steps taken to save the lives of injured soldiers.

“Deeply saddened by the loss of lives of our brave Indian Army personnel due to a Bus tragedy in Ladakh. We will never forget their exemplary service to our nation. My condolences to the bereaved families and prayers for the speedy recovery of the injured,” Singh said.

Congress leader Rahul Gandhi expressed sadness over the accident. “Extremely saddened to hear of the tragic accident with Indian Army personnel in Ladakh. My deepest condolences to the bereaved families, and wishes for the speedy recovery of our injured soldiers,” Gandhi said on Twitter.

In19 Injured in bus accident near LoC in Turtuk sector of Ladakh, 7 Soldiers dead 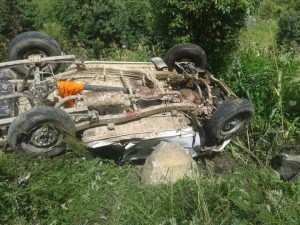 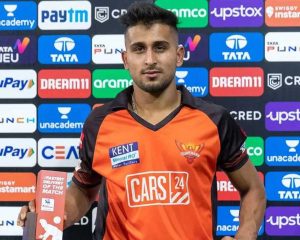 Next post Umran Malik; The latest sensation which took Indian cricket by storm

Sonam Wangchuk, a prominent engineer whose life inspired a character in Bollywood blockbuster “3 Idiots”, has claimed that he placed...

India has lost access to 26 out of 65 Patrolling Points (PP) in eastern Ladakh, according to one of the...

Ladakhi leaders, having opted out of the Centre's high powered committee, say they were better off in the erstwhile state...

The Union Ministry of Home Affairs has constituted a high-powered committee to discuss safeguards for Union Territory of Ladakh. According to...

The protest is being held after a long gap as the Dalai Lama was in the UT in July and...