The J&K Police would gradually replace the Army in counter-insurgency operations and safeguard the Line of Control (LoC), the de-facto border with Pakistan, in Jammu and Kashmir, said a senior Army officer on Saturday. The Army has been rejigging and rebalancing the troops to make the overall deterrent posture against China and Pakistan more robust. “Gradually, they (police) are shaping up into realising this particular aspect of the security. We want this,” the Army officer, who didn’t wish to be named, said.

On Amarnath Yatra, he said security forces had made unprecedented arrangements as there was high threat to pilgrims this year. “We generally receive inputs about terrorists targeting Amarnath Yatra every year, but there are more such inputs this year,” the officer said.

“As a long-term solution, this (handing over counter-insurgency and counter-infiltration job) is one aspect wherein the police should be able to exert their dominance and their responsibilities in a rightful manner,” he said. He said it was important for the police to remain at the forefront of the law and order situation against the militancy and security forces were working jointly in a coordinated manner. As the Army has been rebalancing and realignment its forces to counter the Chinese threat from the northern borders, the police are now joining the Army in counter-infiltration operations along the Line of Control (LoC) in north Kashmir. In May, the police joined the Army in counter-infiltration operations and killed five militants in three separate gunfights.

On May 26, three Lashkar-e-Toiba (LeT) militants and an Army porter were killed after a joint team of the police and the Army foiled an infiltration attempt at Jumagund village near the LoC in Kupwara.

Even authorities have decided to equip J&K cops with American 500 Sig Sauer 716 assault rifles and 100 Sig Sauer MPX 9mm pistols. According to the officer, around 500 to 680 militants are undergoing training at eleven terror camps in Mansehra, Kotli and Muzaffarabad in Pakistan-occupied Kashmir (PoK).

“There are about 150 terrorists present at the launch pads across the LoC, ready to infiltrate into J&K,” he said. The officer said there had been no successful infiltration along the LoC in the Valley this year so far. Now, militants are trying to enter through Rajouri-Poonch routes, the areas south of Pir Panjal. Even, some militants have reached Kashmir by taking the Nepal route, he said. “Till May end, everything has been taken care of. There was a particular group which had come and it got eliminated,” he said.

The quantity of weapons sent through drones into J&K has been also a challenge. He said a Pakistani drone had made 35 sorties into the Jammu region before being seized and that could mean a heavy consignment of weapons might have been pushed into J&K.

The officer said the terrorist numbers were the “lowest figure that we have in the last few years at all levels” but the numbers will keep changing. “We have the kinetic domination on the ground. We have eliminated more than 50 (terrorists) in the last 40-42 days. Their overall lifespan is negligible, but, yes, it remains a curse for society. It remains a challenge and a security hazard. So, that is what we are working on,” he added.

Meanwhile, Security forces on Saturday carried out a massive search operation along the International Border (IB) in Jammu and Kashmir to detect cross-border tunnels and prevent any infiltration attempts by terrorists during the Amarnath Yatra, officials said.

The search operation was jointly carried out by police, CRPF, and BSF in the forward villages in Samba, Kathua, and Jammu districts, the officials said. The 43-day-long Amarnath Yatra is scheduled to start on June 30 from two routes—the traditional 48-km Nunwan in south Kashmir’s Pahalgam and a 14-km shorter route from Baltal in central Kashmir’s Ganderbal—after a two-year break forced by the COVID pandemic.

“Various intelligence inputs suggest that terrorists are planning to infiltrate from across the border to disrupt the yatra,” Deputy Superintendent of Police (operations), Samba, G R Bhardwaj said.

Bhardwaj, who was leading the joint search operation, said that about 8-km area from Suchetgarh border to Regal was combed by the joint forces with a focus on detecting any possible cross-border tunnel which might have been dug from across the border by terrorists to infiltrate.

He said the forces searched all unattended areas during the operation, which is part of the unprecedented security arrangements made for the upcoming yatra.

“We are alert to the threat and have stepped up area domination patrols, search operations, and night vigils to thwart any attempt by terrorists to disrupt the yatra,” Bhardwaj said, adding that additional checkpoints have also been set up to strengthen the border and highway grid.

Officials said the searches were also carried out in R S Pura sector in Jammu district and Hiranagar sector in Kathua district to keep an eye on any suspicious movement.

InMassive searches carried out along IB ahead of yatra, Unprecedented security for Amarnath Yatra 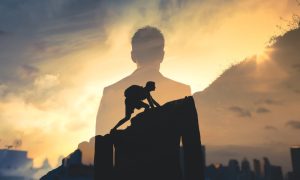 National Conference (NC) leader Omar Abdullah on Friday hit out at the BJP-led UT government saying that Jammu and Kashmir...

Lieutenant Governor Manoj Sinha Thursday stated that sustained efforts of security agencies had resulted in a marked decrease in terrorist...

The higher reaches of Kashmir received fresh snowfall and the pains were lashed by the rains while the Meteorological Department...

Amid tight security arrangements, the 74rd Republic Day will be celebrated across Jammu and Kashmir on Thursday and scores of...

Amid rains in plains and snow in higher reaches, apart from disruption in surface transportation, residents in different parts of...